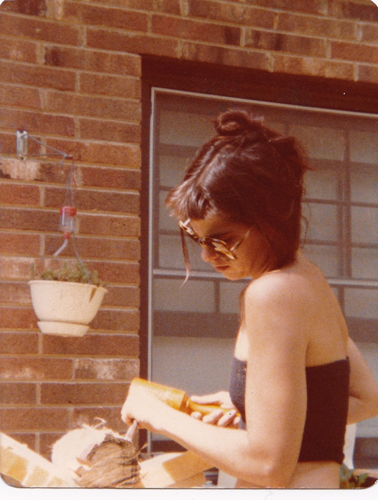 Robin Melton Jordan was born in Pittsburgh, grew up in Kentucky and North Carolina then moved to New York City, where she studied at The Art Student's League, Sculpture Center, and Pratt. Jordan currently has studios in Staten Island, NY.

Jordan's art is rooted in her exposure to the vernacular art of the South, her studies in the applied arts, and in her immersion in the contemporary art world of New York City. She recycles studio scraps and found objects with post-consumer detritus to create what she calls urban faux-folk art. Her recent sculptures start with a steel "drawing" that forms negative spaces into which she pours polymer that catches an array of found materials or inserts machine embroidered collages of garden imagery into the plot-like voids.

Robin’s initial studies were at The Art Student's League, which she selected for its freedom and affordability. There she received a year's scholarship to study drawing with Marshall Glaiser and sculpture with Sidney Simon. Later she studied woodcarving with Jose de Creft at his 23rd Street studio, and welding with Frank Costa at the Sculpture Center in her early twenties.  She returned to the ASL in the early 2000’s and studied watercolor with Fred Wong, and mixed media with Bruce Dorfman.  For the past eight years she has been working full time in the welding room at the Art Student League with Cliff Dufton.


Jordan has most recently shown work at the Phyllis Harriman Gallery, for the Red Dot Exhibition in 2016. She has shown sculpture in the Islip Art Museum in Garbage Revisited: Art from Dross and Petroleum Paradox:  For Better or For Worse?, a collaboration with Women's Caucus for Art at the Denise Bibro Fine Art Gallery, both in 2012.  In Jordan's 2011 solo show, Scrappy, she exhibited sculpture made with umbrella and studio detritus, and beach rope at the Chrystoph Marten Salon, in NYC.
Loading...